This was the week we were to catch up with our friends the Ellis'. They have been travelling for over a year now and we were keen to steal as many of their ideas as possible to make our trip more comfortable-we had already began by getting the same caravan!!

View Ocean Grove to Colac in a larger map

In the afternoon we arrived in Colac and made camp next to the Lake at Meredith Park to wait for them.
It was very, very windy but there was a lake and that meant the possiblity of fish so Ben pulled out his rod and spent some time trying his luck. 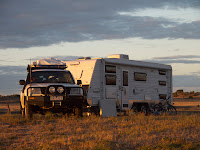 View where we were in a larger map


After a couple of hours we got news that the Ellis' new car had given up and they were waiting for the RACV to come and rescue them. They couldn't camp next to us anymore but they were pulled to a caravan park on the other side of the lake so all was good. 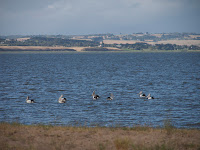 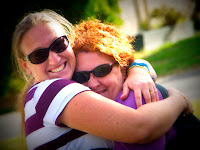 The next day we woke to more wind but also the lovely picture of pelicans and black swans on their morning swim.


After a quick brekkie we whizzed over to our friends and had our long overdue reunion. The kids were over the moon.


There wasn't heaps to see in this area but we managed a tour of the volcanic landscape littered with masses of small, really light volcanic rock which was interesting. Did you know the volcanoes are not considered extinct but merely dormant!!! Yikes!!!
During our week stay we also popped into a winery to taste some of their wares, just to be polite of course, ate fish 'n' chips in the park and did a little shopping.
At some stage the Ellis' went to a weigh bridge to check the weight of their caravan and car and found they were over a tad (or more!) They had to spend some time repacking their van which made us nervous about how much we weighed so on our way out of the town we stopped by the weigh bridge too. 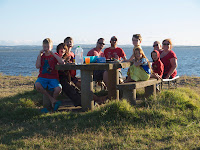 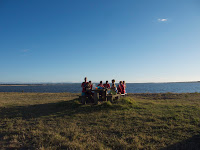 Although we were not as over weight as our friends we found we also had some kilos to drop- and you know how I hate dieting!! 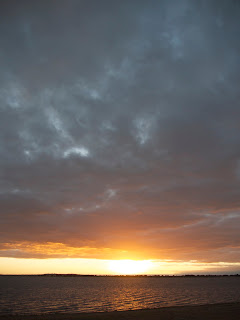