After the Nullarbor the first town you come to is a pretty place called Norseman. A gold mining town which gained it's name from the horse who dug up the maiden lump of shiny metal.


The children played on a great playground and there were wondrous areas of green lawn to wriggle your toes in-a real treat since we hadn't seen any since Elliston - 7 days ago.
However, it was Esperance we were aiming for so into the car we climbed again.
On arriving we drove straight to the Visitor's Center. Rasmus had heard about the beautiful Cape Le Grand National Park and was desperate to stay there so we needed a permit.
Despite it being only 2pm the Center was closed! But to make matters worse there was a large sign up saying that the campground at Cape Le Grand was full!! Rasmus was so disappointed. 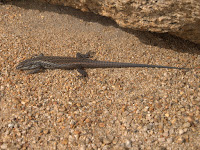 Adding to the afternoon's list of misfortunes was when we found out it was still school holidays in WA and would be until 26th April! That meant peak payment at the caravan parks- if we could get in at all!
We scoured the cheap camping spots online and found that there was infact an overflow area at the local footy oval which was a bit cheaper than the what the others were charging.
I knew Rasmus was still frustrated at not being able to get to Le Grand but he went ahead setting up our van for the night. An hour later he announces we must pack-up NOW!!
“What!??!!” says I
While I thought he was quietly getting on with the job at hand he was actually texting a friend who had just been there and had said, “There were heaps of spots when we left this afternoon.”
We packed up in record time and hit the road. It was over 60kms out to the camping-ground and the sun was setting early so I was a bit worried.
The kangaroos were starting to come out and more than once we saw them on the side of the road. Finally we arrived. It was a beautiful spot. Right on the beach. Glorious white sand and superb blue water.
Guess what?
They were full!
Oh S*%T! Driving back another 60kms in the dark!! This didn't sound like fun, for us or the kangaroos!
There was another camping-ground about 10kms away, Lucky Bay. We decided to head over there and hope that it was our lucky bay-day :o)
And it was!
After checking out the one or 2 spots they had left which were too small for our monster of a van, the caretaker allowed us to stay the night in the bus turn around bay. Thanks.
Still, Rasmus was determined to get a spot at Le Grand so he set the alarm for some time very early in the morning and up we got.


The kids were carried from their beds to the car. No breakfast and no weeing!
It was still dawn when we got back to Le Grand to be first in line for the next camping-spot.
So it was in the day users carpark that we dressed, ate- and pee'd! 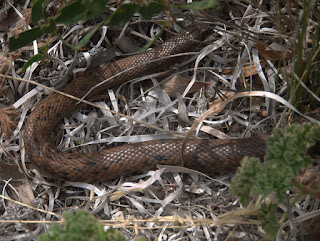 It was all worth it though as we got a really great spot and had the best time there. Can you believe that this National Park had not only flushing toilets but hot showers too. Remarkable and very muchly appreciated :o)
Despite the fact that I was left at home for most of the time as it was the middle of assignment writing season Rasmus and the kids had heaps of fun. They were down at the beach everyday discovering all sorts of amazing stuff.
The most dramatic happening was when Ben and Rasmus came across a Brown snake!!! EEKKK!!
A real live Brown snake just resting in the sunshine along the cliffs. It was both an awesome discovering and a mother's nightmare all rolled into one.
In my 45 years I have never seen a snake in the wild but my family manage to stumble across Australia's most venomous!!
Everybody survived the episode-including my poor heart.
Other adventures include traversing down cliff faces in the hunt for better snorkeling areas (another event I am sure it was better I didn't see) and catching sea urchins for the french tourist-fishermen to use as bait.


Opposite our camping-spot an Austrian family moved in and we had some nice times drinking coffee and watching the kids play together.


We also met up by chance with our German backpacker friends who came by our van for a cuppa, a sandwich and a last goodbye-photo.
There was a cool hike up a hill called the Frenchman’s Nose but we could only imagine the views-and photo opportunities- as Rasmus cut his foot on some rocks whilst snorkeling one day (the perils of being an action man) and it was some time before we could hear the end of that drama ;o)
However, Cape Le Grand was a really beautiful spot and the quite calm of the area a real highlight on our travels. 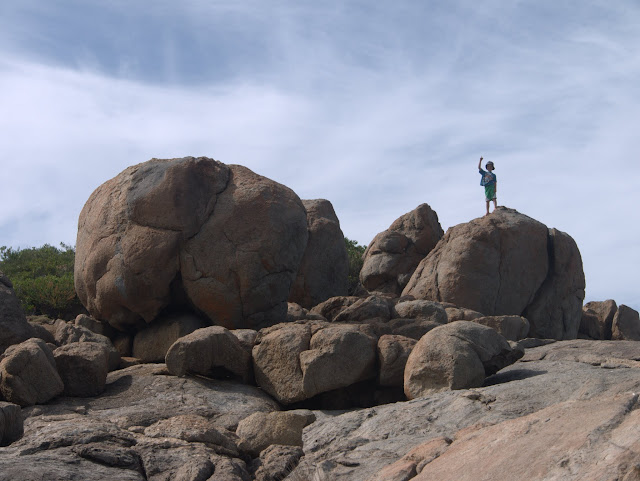 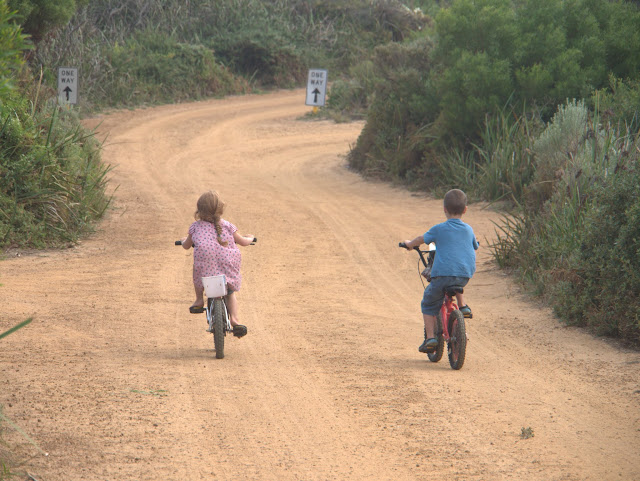 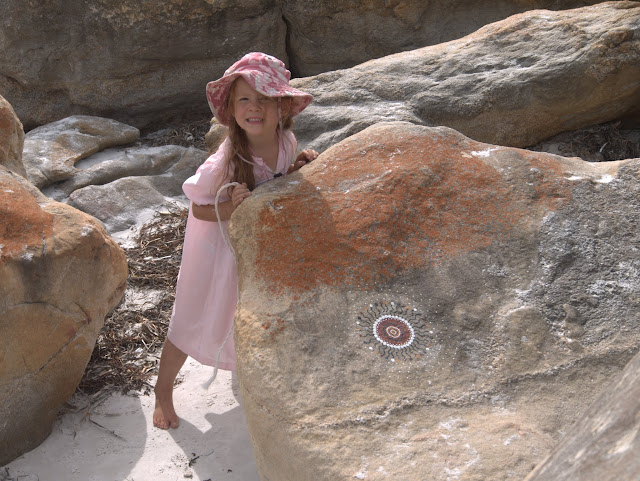